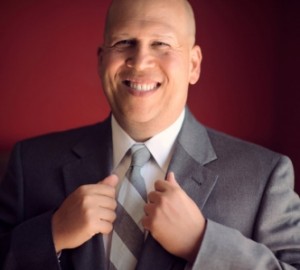 Currently, Heath is developing Fiasco, a one-hour action drama with Mark Gordon Productions with feature film director Joe Carnahan (The Grey, A-Team) attached to direct. He is also executive producing and writing his next digital series The Hunters about a mother/daughter bounty hunter team in Texas; is writing The Pathetic Princess, a feature for Paramount’s new Animation division; and has sold the feature Raj Reddy: Palace Peacock to Warner Bros. Pictures.

Heath rebooted the DC animated universe with Justice League: War, setting the tone for all other subsequent animated DC films. He holds the record for writing three DC Universe direct-to-video films, more than any other writer to date, including Batman: Assault on Arkham and the much anticipated Aquaman-centric sequel: Justice League: Throne of Atlantis. Additionally, he has written two other top-secret projects starring Batman, as well as Tom & Jerry and Scooby Doo projects. Heath has been deemed an “Official DC Comics Historian” by DC Entertainment.

In his spare time, Heath is a co-host of the very popular podcast The Nerdist Writers Panel: Comics Edition, an informal chat among professional comic book and genre writers about the process and business of creativity, appearing on Chris Hardwick’s Nerdist Podcast Network.

For over five years Heath was the President of the Los Angeles Northwestern alumni group, the NUEA, where he lead industry peer groups, taught pitching and writing workshops, organized event as well as serving as the head of their monthly Writers Group. He has also taught and lead workshops at Northwestern, IO West and Columbia College of Chicago.

Heath was fixture in Chicago Theatre, when he was approached by Mainframe Entertainment to adapt his stage play Scary Godmother to television. The result, the animated holiday special Scary Godmother’s Halloween Spook-tacular still runs every year on Cartoon Network and has become a holiday staple.

From this success, Heath realized all roads lead west and he moved to Los Angeles. Then movers stole all of his stuff. It’s a good story. Ask him to tell you it.

After that, it’s a lot of blah blah blah until, he co-wrote Hooked, a short film that premiered at the HBO Comedy Arts Festival in 2006 and caught the eye of television executives. This led to both a blind script deal with FOX 21 for the project Chicago Post and a pilot at 20th Century Fox Television that he produced and co-wrote called Living with Abandon.

Heath holds a BA in Literature and a minor in Jewish Studies from Northwestern University. He is open to suggestions on how to best use either.

He has since bought new stuff.

Don’t get it right, get it written.

The mind-blowing concept, the hysterical scene, the never-before-seen take on the character — none of it does you any good in your head. It’s got to be on the page. Get it down at all costs.

My first draft is always a “vomit draft” where I’ll throw absolutely everything on the page.  It might be full of awesome bon mots like: “Funny line here” or “Here the guy does something incredibly clever to get out of the handcuffs,” but at least it’s all there in one form or another.

Writing is lonely, intimating, frequently frustrating work that never gets any easier the more you do it.  That’s the bad news. The good news is that the work is always made brighter with community. A workshop is a great way to access the hive mind of your fellow writers, get fresh perspective and strengthen any piece. It’s exciting to run a room with creative minds, get elbow-deep in the world of your story, break it apart, fuse it with cool new parts and rebuild it better, stronger, faster.

Q: Why is a solid pitch so important?

At its core, a pitch is any way you talk or write about your work to get people interested in reading it. What’s more important than that?

They talk past the “yes.” Once you get someone’s interest in buying / reading / meeting on your project, STOP TALKING. You can talk more after they’ve read.

This is especially hard on writers. We create in solitude and when someone thinks we’re funny or clever or cool, our natural inclination is to tell them MORE! At least mine is. “If you liked that, you’ll love this!”

Save it. Don’t ruin anymore jokes or spoil anymore plot twists. You have them. Now let your work speak for itself.

Q: What can writers expect from PageCraft’s Pitch Your Story weekend?

Pitching can be an odd and antithetical process. Where we’re used to letting our writing speak for us, suddenly we’re in an office on a couch talking about ourselves and our work. How did this happen?

In this workshop we de-mystify the pitching process.

I’ll talk you through what happens in a pitch, how to prepare and everything it should contain. We’ll cover essential DOs and DON’Ts. We’ll discuss tricks and tips on how to hone everything from an elevator pitch to a full-on studio pitch. We’ll cover working with executives, pitching up, when to push back, what to do with the “can they all be monkeys?” note and why they said that. Most importantly, you’ll learn why you ALWAYS take the water when offered.

Over the weekend, every participant will get an opportunity to pitch their project. You’ll get time to hone it and then you’ll get to pitch it again. In the end, everyone will walk away with a tight, clean, engaging way to talk about their piece.

Because, guess what, every meeting you have is a pitch meeting.

Q: What can writers expect from the retreat in Italy?

Days filled with deep dive immersion into the world of their stories. Nights filled with Italian wine and food. Need I say more? I do? Okay…

This is an advanced class so I’m going to run the workshop like a writer’s room, giving everyone a chance to tap the creative group mind. We’re going to break, re-break and re-re-break every single aspect of your stories, every character beat, every scene, every relationship, every plant and every payoff until they work. And trust me, you’ll feel the difference.

Come to work. Come to play. Come to dig in. You’ll kill your favorite babies and then you’ll come up with two more to replace them. In the end, you’ll walk away with a better script and a deeper understanding of how you got there.

Your end is always in the beginning.

Two tiny drops in the desert. Sometimes the smalle