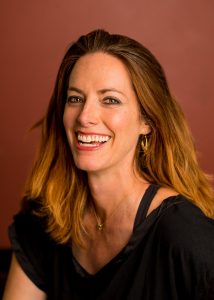 Heidi loves helping artists bring their visions to life on page and screen. A graduate of UCLA’s screenwriting program, Heidi has written numerous features, treatments, and TV pilots for various independent producers. She co-founded both the Slamdance Script Clinic and PageCraft, offering script coaching, workshops, and writing retreats in Los Angeles, Italy, and online. Heidi’s clients include Emmy winners, TV legends, and brand new writers, too. Heidi has judged for the Slamdance Film Festival screenwriting contest, the Page Awards, and The Writer’s Lab (presented by New York Women in Film and IRIS, with the support of Meryl Streep).

In addition, Heidi has written, directed, and produced numerous commercials, music videos, and other media for various artists. Heidi is currently making a documentary film about British artist Paul Whitehead, and her short film, Washed Away is currently streaming on Amazon Prime.