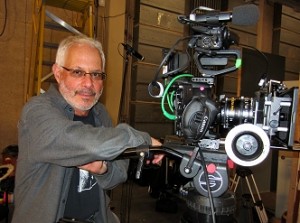 Screenwriter/producer/director Paul Chitlik has written for all the major networks and studios. He was story editor for The New Twilight Zone, and staff writer for Showtime’s Brothers. He was coordinating producer for Real Stories of the Highway Patrol and U.S. Customs Classified, directing episodes of both. He wrote and produced the first network movie in DV, Alien Abduction, for UPN. He wrote, produced, and directed Ringling Brothers Revealed for Travel Channel. He has written features for Rysher Entertainment, NuImage, Promark, and others. He received a WGA award nomination for his work on The Twilight Zone, a GLAAD Media Award nomination, and won a Genesis Award.

Paul has taught screenwriting at UCLA for many years, Loyola Marymount University (where he is currently a clinical assistant professor), ESCAC (the film school of the University of Barcelona), and EICTV, in Havana, Cuba. He has consulted for Ibermedia, the Chilean development fund, ScreenWest Australia, the Australian Writers Guild, and various production companies around the world.

Paul is the author of Rewrite: A Step-by-Step Guide to Strengthen Structure, Characters, and Drama in Your Screenplay, now in its 2nd edition from Michael Wiese Productions. Paul began teaching residential workshops in 2008, which have been held in Italy, Spain, and France. Find out more about Paul on his website, The Rewrite Mentor.