Places to See Near Montalbino

Agriturismo Montalbino is located in the Chianti region, southwest of Firenze (Florence), with dozens of wineries and medieval hill towns within an easy driving distance.

Due to our location in the countryside, we strongly recommend that retreat participants rent at least one car among themselves. (We will provide all participants with everyone’s contact information well ahead of time so that those wishing to share a car rental can make arrangements.) We will have a vehicle available as well, and will organize some short trips for those interested. The nearest town, Montespertoli, is 4 miles (6.5 km) away. Please see Directions for more information. 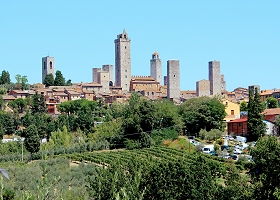 Famous for its skyline featuring thirteen towers, San Gimignano is one of Tuscany’s best known medieval hill towns. During the 12th and 13th Centuries, it sat on the main pilgrim route from northern Europe to Rome, until the Black Death of 1348 caused the town to decline. The old town center is a UNESCO World Heritage Site. 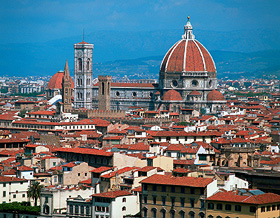 The capital of the Italian Renaissance, Florence is one of world’s can’t-miss destinations. A proper visit takes two days, but if you plan ahead you can hit the key sights in one. Go online to reserve advance tickets to L’Accademia (for Michelangelo’s David) and the Uffizi (prioritize Giotto, Botticelli, and da Vinci). Then see the Duomo and the churches of Santa Croce (tombs of Michelangelo, Macchiavelli and Galileo) and Santa Novella. Finally, walk across the Ponte Vecchio to the Boboli garden for a view of the city. 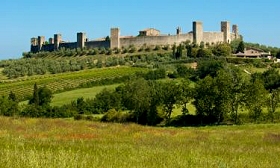 Tiny Monterigioni was built in the early 1200s by Siena as a garrison town to guard its northern border against Florence. With a circumference of over a half kilometer, the circular walls and 14 square guard towers are all perfectly preserved. In popular culture, the town was first mentioned in Dante’s Inferno and in contemporary times appeared in videogames Assassin’s Creed and Assassin’s Creed: Brotherhood. 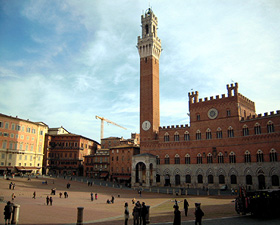 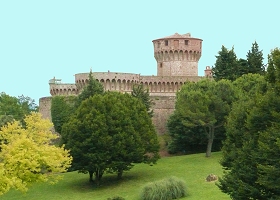 With a history dating back to the 8th century BC, Volterra was one of the Etruscan League’s 12 cities before it was occupied by Rome. Florence’s famous Piazza della Signoria is said to be modeled on Volterra’s main square. In more recent times, the town is a notable location in Stephanie Meyers’s Twilight series (though the films actually shot in Montepulciano). The town has lost more than two thirds of its ancient area to erosion, but what’s left is well worth a visit. 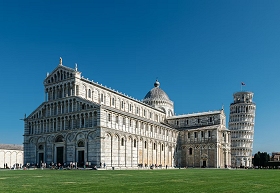 Famous for its iconic leaning tower, Pisa rose to power in the 11th Century as one of the Mediterranean’s Maritime Republics. After it came under Florentine control, Pisa remained important for its university, where Galileo taught. The Leaning Tower is part of the Campo dei Miracoli, a complex of impressive buildings in the signature Pisan Romanesque style. 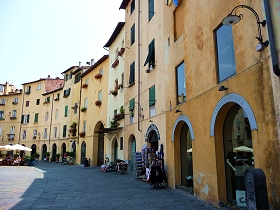 Lucca is a large provincial capital famous for its intact Renaissance-era walls, which are so broad you can rent bicycles and circle around the entire city on top of them. The city is also known for gastronomy, broad piazzas, and beautiful churches in the elaborate Pisan Romanesque style.