One of my favorite concepts to discuss in our rewrite workshops is the central line. I challenge writers to find a line of dialog in their script that reveals who the protagonist is. Sometimes they are surprised to discover these lines in their work because, in avoiding on-the-nose dialog, they didn’t set out to write anything so plainly stating the theme. In fact, when you try to force one of these lines in, it will probably come out clunky and reeking of writer’s convenience, rather than character need.

However, if you’ve done solid character work and are writing close to your character’s arcs and goals, the things that make your character tick often find a way into dialog without us even trying. Our subconscious writer brains make sure that key stuff comes out. 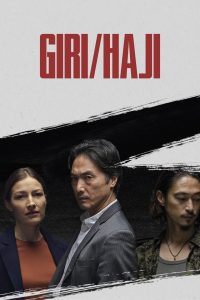 In the wonderfully written Netflix drama, Giri/Haji, a Tokyo cop is forced to track down his criminal brother in London before the Yakuza find him. Stakes are high; character goals are clear; and the restraint of both Japanese and British cultures makes for nuanced subtext and understated dialog throughout.

This is why I got goosebumps when, toward the end of the series, one character says to another, “We’re not bad people; we just did bad things.” The other responds, “Really, what’s the difference?” It hit me: that’s it! This is the central line, or philosophical question driving this piece: Is there a difference between bad people and bad actions? Do bad actions, however well intentioned, make us bad people? The exchange is earned in the turn of a scene so filled with desperation that it never feels on-the-nose. Giri/Haji, which translates as Duty/Shame, asks this question of its viewers beautifully and, over the course of the series, it gives us plenty of time to reflect and decide for ourselves. This is everything a well written script and a central line should do.